Yes, I know it is all relative but 39 degrees is cold in Ohio or Florida.  Now I know it has been 7 degrees in the morning in Ohio, so I am sure 39 feels would feel like a heat wave. Today it is 31.

The past 2 weeks the weather people have been calling this weather here in Florida “winter”.  50’s & 60’s some days. Sunshine all day and others have been completely cloudy like Ohio. But what has been wicked around here is the wind! I don’t remember the wind being this bad down here.

We are in the “Four Corners” area – Hwy 27 & Hwy 192 – we feel like we are home when we are in this area.  We have been staying in this area for over 10 years.  We are 8 miles from Disney, 1 1/2 hours to either coast, 20 miles to Sea World and every store or restaurant that you can imagine and then some are around here.  Of course that also involves traffic. Every year that we come down here we talk about how bad the traffic is.

George and I were reminiscing Monday as I was driving down Hwy 192 going back to Thousand Trails Orlando campground about the first time we camped in this area. 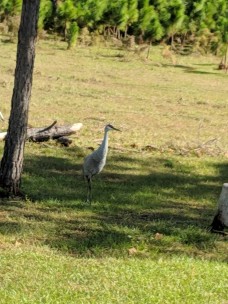 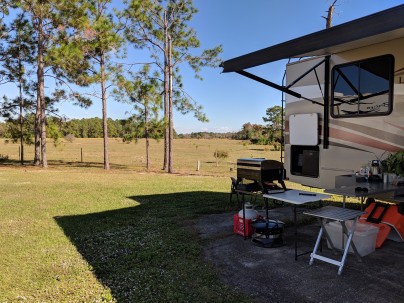 It was back in the early 80’s. 1982 to be exact, Kim was 4 years old, we owned a Ford Thunderbird and a 19′ travel trailer, with no bathroom.  George was so proud of getting the hitch put on the Thunderbird.  He didn’t know at the time that you needed sway bars not just a ball hitch.  We were so excited to head to Florida for our 2 week vacation.  A week near Disney and a week on the beach.

Off we go headed down I-75 on our way for our “dream” vacation.  See it was my idea to buy the trailer because we could go on economical vacations. I had wanted to stop in Knoxville TN to see the World’s Fair. NO! George says, we don’t want to go through Atlanta GA during the day. By the time we made it to Chattanooga TN , George was ready to throw me and the car and trailer over the side of the mountain – NO SWAY BARS. So of course in true family vacations, we find ourselves going through Atlanta at Noon. No sway bars, new to this whole pulling a camper thing, 6 lanes of bumper to bumper traffic, but we are on our family vacation.  Grumble Grumble goes George.

We don’t remember where we stayed that night but I am pretty sure we didn’t camp and got a motel. George was not sold on the camping idea and I had NEVER camped as a kid so I am not sure how I came up with this idea, except there was so much to see in the USA that we could do it from our camper.

We were getting so close to Disney, heading down Hwy 27, orange groves on both sides of the road when whoosh goes the car and trailer.  George almost lost control of the car and camper as a Bus blew by us – remember no sway bars. Somehow we made it to the Yogi Bear Campground on Hwy 192 about 4 miles from Disney World.  The check in building is still used to this day. It has been a restaurant, used furniture store and many other businesses over the years. Now I think it is a place to buy CBD oil and “stuff”.

Our week at Disney World was incredible.  My dad had gotten us some kind of passes (he sold balloons to Disney – National Latex). We had dinner at the Contemporary Hotel in the “fancy” restaurant one night.  George was so nervous when Kim knocked over the salt shaker on the table cloth! But we survived.

Kim and I are high in the air in our Dumbo car, Kim pulling the levers to move us up and down!!!  George is frantically waving at us, we just wave back thinking he was getting upset over us going up and down – he was/is overprotective of Kim.  Kim and I excitedly get off of Dumbo and race over to George so she can tell him all about pushing the levers, but George is stammering on asking me did you see that.  No George, what did you want me to see. George tells me he was pointing at the lady I needed to see. Didn’t you see her?No George, we thought you were waving at us. No the lady didn’t have a shirt on under her rain poncho and you could see her chest. “HER CHEST” you could see it.

OMG, George seriously!  To this day he gets upset when we tell the story because he was so OFFENDED by the lady walking around Disney with no top on!  Really!  Ok George whatever you say! I did find some of the pictures from that trip this past winter. After Dad died we were sorting pictures from his closet and we found all kinds of pictures when Kim was little.  Why do we do that, take all of those pictures then but them in a box and forget all about them. Hummmmmm

Now 2018 – 36 years later – we can still drive Hwy 192, that was all farmland back then and have one little spot that still invokes a memory that was so precious to us. Our “first camping trip”.

The rest of that “first” camping trip, we then headed to the beach.  We drove straight across Hwy 192 to A1A and headed south to a campground (now called Outdoor Resorts) that stretched from the Banana River to the Ocean. We had a campsite right on the river, an honest to God river not a Mohican River river.  We had a fishing dock right on our campsite.  George was in heaven until he caught his first walking catfish.  As the creature started walking down the dock, he cut the line and that was the end of his fishing from the dock.

Later that night we were sleeping and all of a sudden we were all itching really bad.  That was our first experience with noseeum’s!

We never did that traveling around to see the country with our camper, we always headed back to Florida. Mid Florida from the Space Coast straight across through Orlando to the Tampa area.  This is where we have always gone back to.

We debated heavily this weekend do we like it better on the Space Coast vs “Four Corners” with all of its traffic.  We like them both but we did decide we probably do like it better here in Four Corners despite the traffic. There is always something to do.

We have figured out it is cheaper in the long run even if we are only here for a month to buy season passes.  SeaWorld always runs a Blue Special over Thanksgiving weekend. Then we only go for a few hours to see something specific and then leave.  That is what we did on Sunday at SeaWorld.  SeaWorld Christmas

Their O Wondrous Night show has to be the best non traditional Christmas Show telling the birth of Jesus that we have ever seen.  We love SeaWorld going to music shows – Travis Tritt, Larry the Cable Guy, Lynyrd Skynyrd to name a few that we have seen at SeaWorld.  This past weekend we went a did a meet and greet with Guy Harvey – the renowned marine artist. 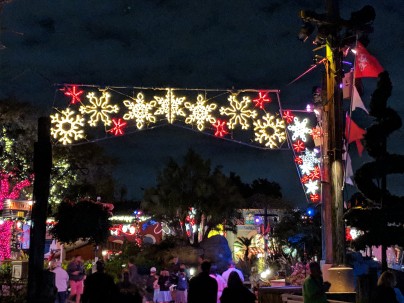 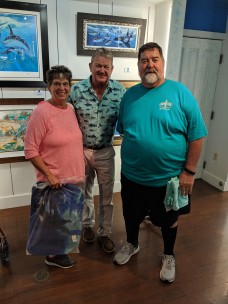 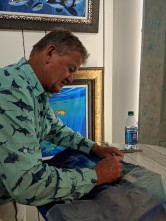 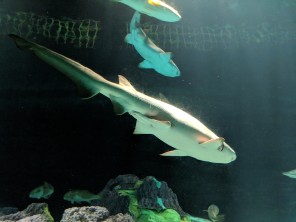 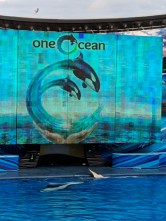 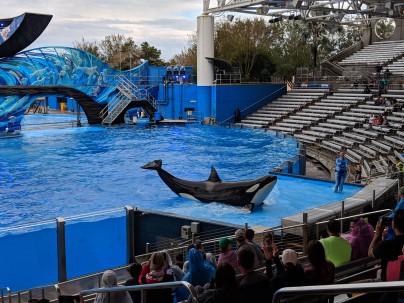 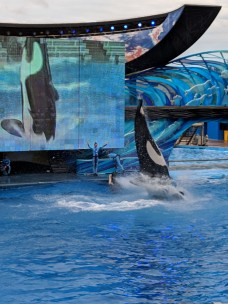 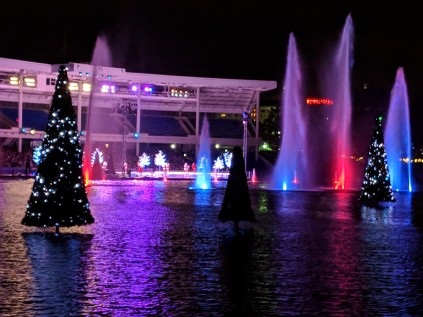 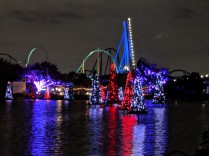 Not much else is happening around here. I did go to Lakeland on Saturday and took my CEU class for my massage license and we had lunch with some very dear people who moved from Ohio to Florida.

It doesn’t matter if we are in Ohio or Florida, if Keoni it cold we all know where he wants to be, his momma holding him when he is cold 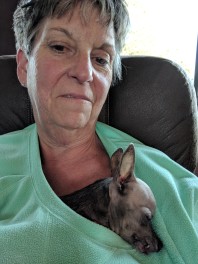 Stay Warm wherever you are!

Our business is family owned and operated by George & Amy Smith & Kim & Scott Smith (daughter & son-in-law) The Smith family - and our staff welcome you to come and visit with us while you are in the Mohican and Amish area of Ohio! Stay where you are treated like part of the family.
View all posts by Amy Smith →
This entry was posted in 2018/2019 Winter Travels. Bookmark the permalink.
%d bloggers like this: